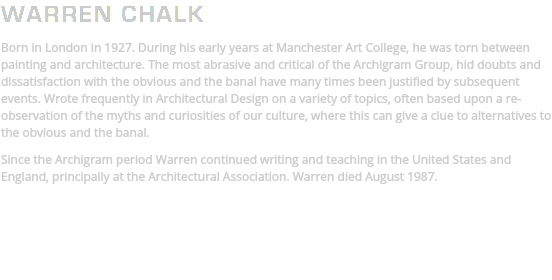 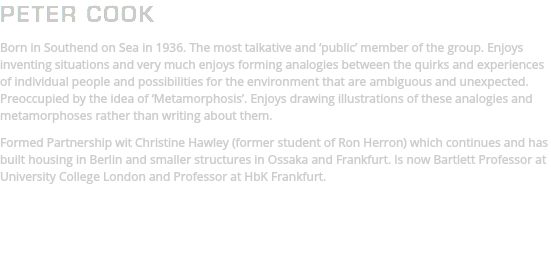 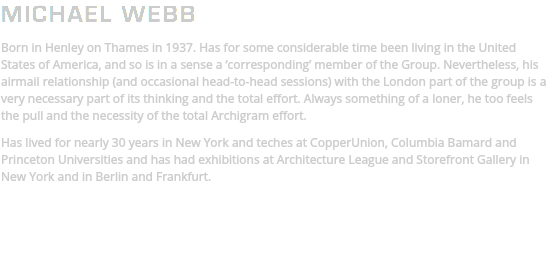 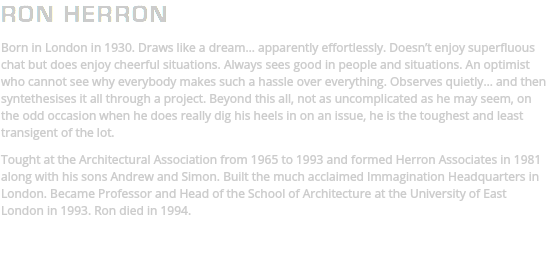 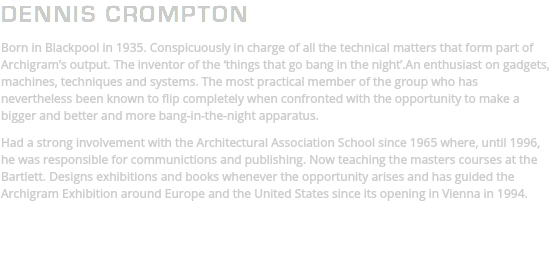 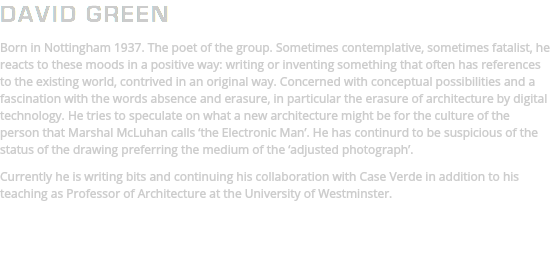 The ARCHIGRAM GROUP came together in the early 60s. Peter Cook’s cartoons in the Archigram Story tell something of how it happened. There was only a short period of about two years, between 1962 and 1964, when we were all in the same time at the same time. This was when we produced our first major exhibition, LIVING CITY (shown at the ICA London in 1963). The small photos here were taken at that time. The Group photo, the only one in the Archive, was taken much later in 1987 at a dinner to celebrate Mike Webb’s Temple Island exhibition at the AA.